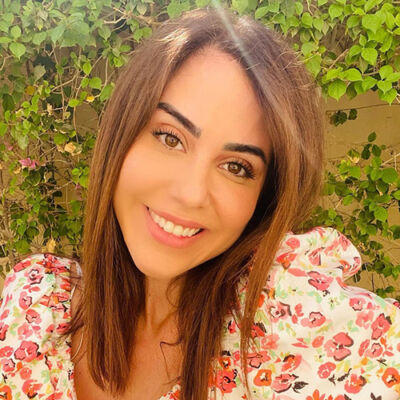 Banah is a Palestinian singer/songwriter  signed and managed by Universal Music MENA and has taken a style of music that incorporates a fusion of her eastern and western cultural influences.

She portrays a new style in delivery and original music concepts building on her ability to sing different languages and various genres and styles.  With a short but fruitful career, Banah released 9 versatile Arabic singles and has garnered millions of YouTube views, thousands of social media followers and a total of 2 million cumulative digital audio streams.

Banah comes from a business background and debuted with Arabic/English mashup covers building on her ability to deliver different styles of music. In 2018, her creativity longed to break free and she actively pursued her dream of becoming a professional performer, while drawing inspiration from her daughters. Several of her Lebanese and Egyptian singles, including “Shou Bina”, “El A’ada El Helwa” and her latest “Sa7ya Ray2a” (a collaboration with the renowned Aziz El Shafei), peaked at the top music charts on several digital audio platforms and radio platforms regionally making her one of the most sought out upcoming artists of her generation.

Banah is an entrepreneur, a mother and an eclectic artist – but, above all, a dreamer, whose main goal is to set a precedent for aspiring young women and motivate them to break out of the conventional mold, so that they, too, can pursue a fulfilling career.