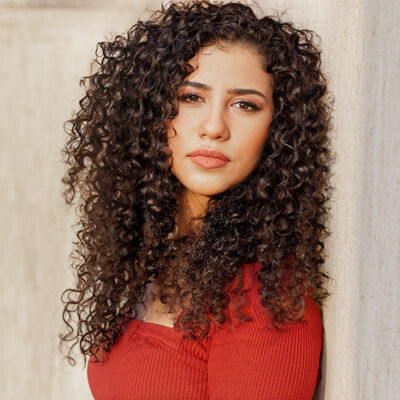 Nouran Abutaleb is an Independent Egyptian Singer, who initially studied and worked in the field of International law but then started pursuing her career in music in 2018, by creating her own music project along with some of the most prominent musicians in Egypt and the Middle East and together formed a band. Through her project, Nouran performed in a great number of live concerts and participated in several.

International festivals with her band and also collaborated with International musicians from different parts of the world. She released covers on social media along with the Bass Guitarist and composer, Samer George, delivering a special sound with only her vocals and the Samer’s playing on the bass guitar.

One of these covers, was Shababeek for Mohamed Mounir which they later were invited to perform live along the original artist himself in one of his concerts, introducing Nouran to his audience. Along that, Nouran started producing her own originals, aiming at creating a special sound for her and delivering various emotions and messages through her so