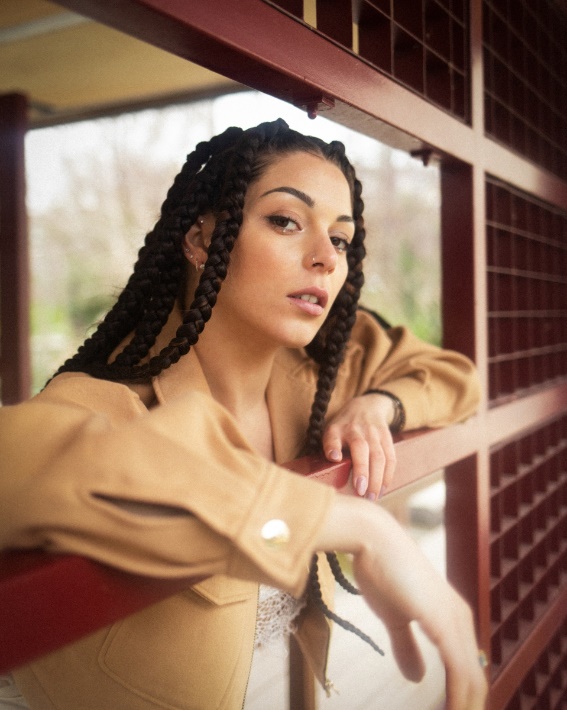 Toldya has been immersed in musical culture since a very young age, heavily influenced by her father who is passionate about the arts and music. From motown to jazz with a twist of French influence, Toldya rapidly grew a passion and love for music.

Through her love for dancing for 15 years, the need for being on a stage grew.

Without being distracted from her dreams, she developed a gift for writing about social problems and human rights. Those experiences helped with the composition of beautiful and real lyrics.

Toldya has a big interest in visual arts. Her own universe reflects sensuality and softness but is combined with raw and dark lyrics. Both sides helped her rise as the being she is today.

In 2021, Toldya released « triptyque » composed of 3 EPs « PENSÉES » « PAROLES » « ACTIONS » which illustrates the process of change. A story told, as you have to read between the lines, Toldya reveals to us through an example of an adverse evolution of a romantic relationship. The insecurities, the awareness, ending with the revival of one’s ego, which pushes us on our own self-reflection and questioning our decisions.