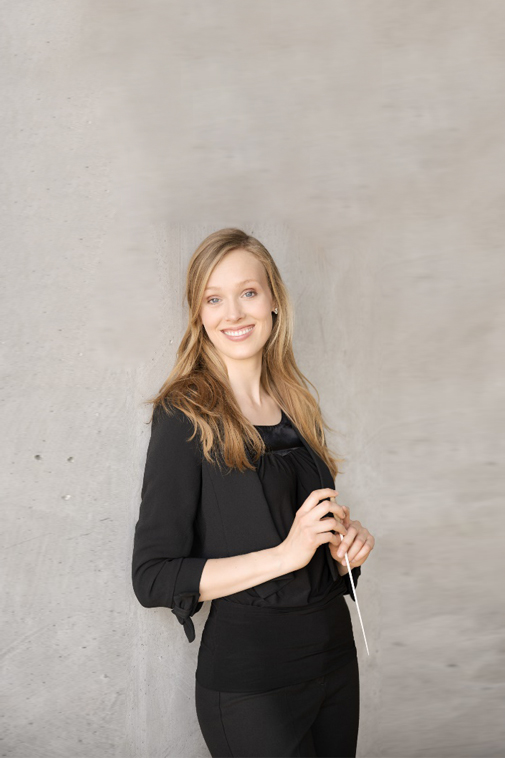 Magdalena Klein is currently the assistant conductor of the Bochumer Symphoniker. She assisted not only the Musical Directors Steven Sloane and Tung-Chieh Chuang, but also conductors such as Anja Bihlmaier, Kazuki Yamada, Claus Peter Flor, Gabriel Bebeselea, and Daniel Cohen.

In 2016, the young conductor founded orchestr.insîéme in Berlin. Since then, this orchestra has regularly given successful concerts under her baton, playing symphonic repertoire from the classical and romantic period as well as music by living composers. As part of these concerts, she collaborated with great musicians such as concert pianist Haiou Zhang and composer Moritz Eggert.