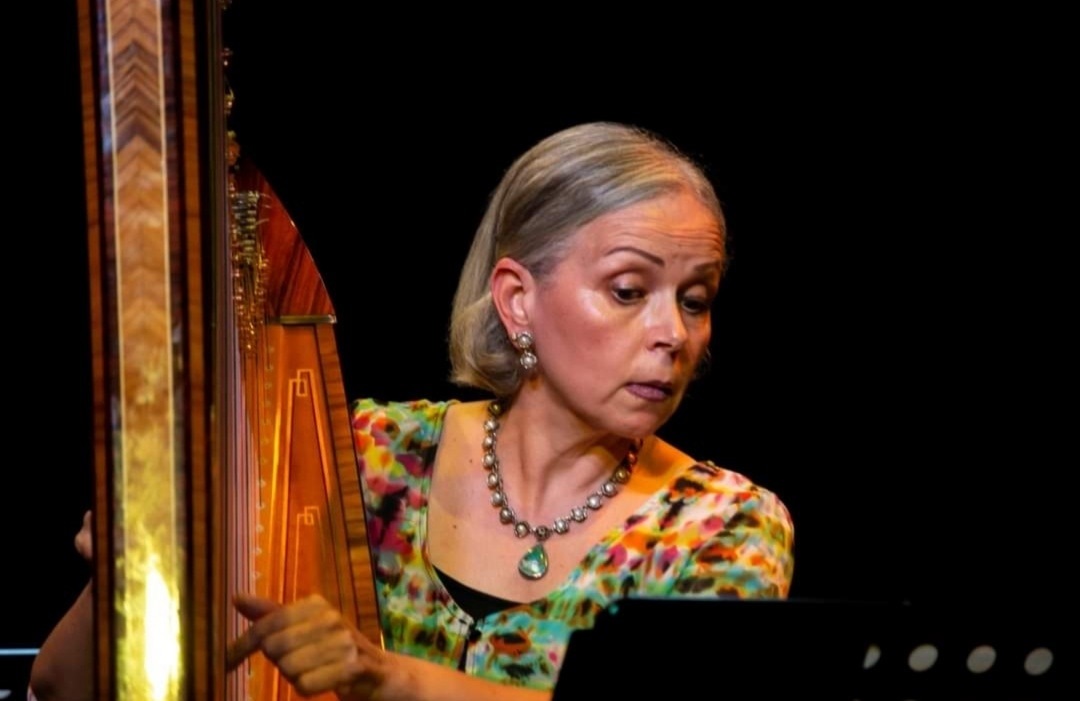 Manal Mohei Eldin began harp lessons at the age of ten with Professor Nahed Zikri at the Cairo Conservatoire. In 1987, she graduated with honors. She received a scholarship from the DAAD association to further her studies in Germany with Professor Buss Lorberth at the Hochschule der Musik and Darstellende Kunst in Frankfurt, and with Giselle Herbert at the Hoch Institute der Musik in Würzburg. Giselle Herbert and Manal have performed several duo recitals at the Cairo Opera House organized by French Cultural Center.

As a soloist, Manal has performed with the main orchestras in Egypt: Cairo Symphony Orchestra, the Cairo Conservatoire Symphony Orchestra, the Cairo Opera Orchestra and the orchestra formed for the annual Citadel Festival. Among the many cultural events in which she has participated abroad are : the opening of the Egyptian wing at the Louvre Museum in Paris, UNESCO’s Mediterranean and Balkan Women Creators Meeting held in Greece, the seventh meeting of the International Harp Congress held in Prague in 1999 and Geneva in 2002, and the European Harp Symposium held in Amsterdam. The most recent activity in which she has participated was the opening of the exhibition of ancient Egyptian monuments in National Art Center in Washington D.C., June 2002.

Manal is solo harpist, Cairo Opera Orchestra and the Banat El-Nil (Daughters of the Nile) ensemble. As one of this ensemble founders of this ensemble, Manal has had striven to include the harp performance of tradition Arabic music. With this ensemble she had toured Arab and Western countries. Her vast repertoire includes solo and chamber works including flute, violin, soprano, etc.

She has participated as a soloist in several recordings of film music. Her recitals and concerts have been frequently broadcasted on Egyptian radio and TV. She participated in major events organized in well-known Egyptian Touristic Sites (Cairo, Alexandria, Luxor & Aswan). Manal is presently a Professor and faculty member in the string department of the Cairo Conservatoire.

Since 2004, Manal started her unique project to perform Arabic Music on harp. She cooperated with many composers to either compose new works or recompose some of know works for famous Arabic composers like Mohamed Abdel Wahab, Riad El Sonbaty, Rahbaneyya and Sayyed Darwish. She formed a musical group from Harp, String Quintet, Nay, Accordion and percussion to perform the Arabic repertoire. She released her first CD includes the first Arabic music by Harp and her group. She participated in International Harp Festival in Brazil 2007, 2009, 2010 and 2014 with her group when they performed the Arabic repertoire. Manal is a Winner of State Incentive Award for Arts 2013