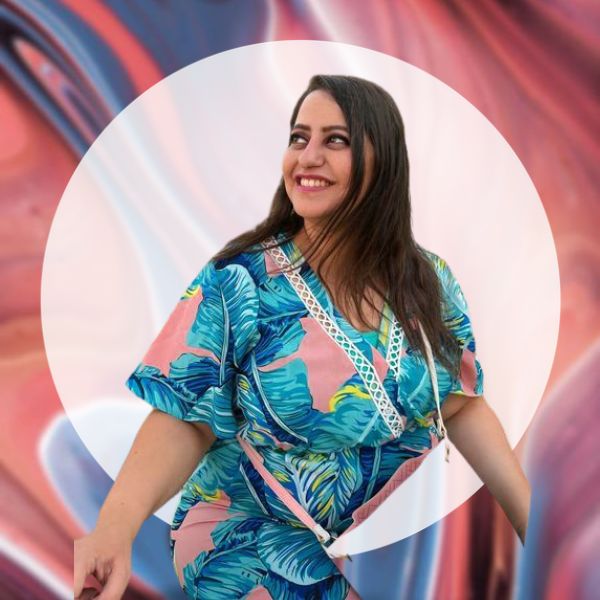 Cathie Halim is the winner of the 2021 She Arts Festival Competition. She is a pharmacist who used to work at the National Research Center and recently founded a natural skincare brand called SPActacular.
Cathie’s love for music and singing began at a young age. She has participated in different choirs and won the Festival du Chant competition in the Insitut Français alongside other members of the Notre Dame des Apôtres choir
As a soprano I in the global SAHC, she performs classics, A Cappella and arias with worldwide artists and instructors such as: John Rutter, Marin Alsop, Christopher Tin, Voces8, in several languages including: Italian, German, Latin in addition to English, French, Arabic and Coptic.
She learned to play the piano at the school of continuing education, Faculty of Musical Education, Helwan University and recently started learning to play the Calimba, which is an old African instrument. She is also learning the basics of musical scores
and practices solfège and vocals at Cultograph and Vocalista under the tutelage of Dr. Soher Hussein who is director of the Opéra junior choir.
Cathie has written and composed many songs in different languages translated to sign language. She has also conducted children and youth choirs helping them invest in their talents and record in professional studios
After performing at She arts festival “Kalimat” and “Will Always Love You” for her idols Majida El Rumi and Whitney Houston, Cathie released her first original song El Nas El Helwa, launched by Radio NRJ which will be performed in the opening ceremony of She Arts Festival second edition.